8 Best Psychology Books on Human Behavior to Know Yourselves Better

best psychology books2 books48 books on human behavior1
Humans are complex creatures. Therefore, scientists have long been trying to understand ourselves better through many studies and experiments. If you have an interest...

Humans are complex creatures. Therefore, scientists have long been trying to understand ourselves better through many studies and experiments. If you have an interest in how our psychological realm works, here are some of the best psychology books on human behavior to start.

People make decisions every day. From a simple task such as deciding what to eat, or even on the heavier matter, like which insurance to take. But have you ever wondered, how do we make decisions?

Nobel laureate Daniel Kahneman went on many experiments and found out the secret to our decision-making process. He implies that our brain has two systems, System 1 and System 2. System 1 is fast-working and intuitive, while System 2 is more deliberative, careful, and logical. 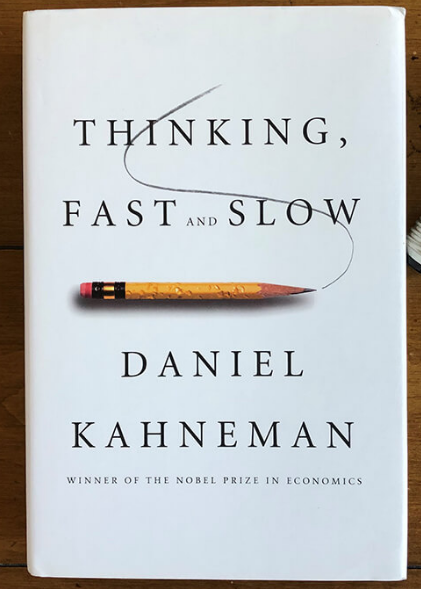 This book is considered one of the best psychology books about human behavior. You will understand how both systems work and how they will affect your decision-making process. It will also help you manage the systems so you will have more control of your decisions.

A 19th century psychiatrist, Eric Berne, introduced a theory called transactional analysis to have more understanding about human interaction. It became the main idea of the book, which is still impactful even now.

See also  9 Books By Catherine Ryan Hyde You Must Read

In this book, human interactions, or relationships are depicted as ‘games’. Every individual has a different approach to each relationship. For example, one’s personality toward their spouses would differ toward their friends.

The main purpose of this book is to inform the readers about how the unconscious mind plays a role in each interaction. Having a deeper understanding of this matter will help you create awareness and build more honest and secure relationships.

Habit makes our day. In fact, 40% of our decisions or activities in a day are formed out of habits instead of conscious decisions. Therefore, to have a full grip of our day, we need to understand the habits that make it.

The purpose of this book is to increase awareness of what your habits are, what triggers them, and how they affect your decisions. By knowing that, you will have a bigger chance to erase or change your bad habits. This book is often used as an introduction to psychology, thus making it one of the best psychology books on human behavior for beginners.

4. Blink: The Power of Thinking Without Thinking by Malcolm Gladwell (2005)

Do you believe in luck? Or maybe, gut instinct? While it’s reassuring to think that we may be given some kind of revelation to succeed by relying only on intuition, studies prove that there is more to it than plain luck. And it’s called thin-slicing.

Thin-slicing is a term for the ability to filter patterns and past experiences into current situations, to make a brief judgment. Those judgments would work in or against our favor, depending on whether we master it or not. This book’s main idea is to show the reader how thin-slicing works, how to master thin-slicing and the benefit of mastering it.

Pitching your ideas or prospecting your product might sound easy. However, influencing people into saying ‘yes’ to what you offer takes a little more skills.

In this book, you will get a thorough explanation of how to make people agree with you. Through different methods, you will get behind the conscious mind. Not only will you sell your ideas or products better, but you will also earn their respect.

If you are looking for one of the best psychology books on understanding human behavior, then this is it. In this book, Susan Cain tried to straighten the misconception that is introverted.

In a world where everybody is competing to stand out, introverts are often accused as shy, fearful, or inferior. However, studies show that many influential and creative figures are introverts. In this book, Cain conveyed how important it is to give introverts the spotlight.

Upon reading this book, you will understand what it means to be an introvert and how they work. You will get an explanation on how to develop the skills of introverts and what kind of fields they would excel on.

7. Drive: The Surprising Truth About What Motivates Us by Daniel Pink (2019)

In the past, we believed that the system of reward and punishment is the most effective way to strengthen motivation. However, many studies prove that such a system has lost its relevance. In this book, Pink explains the most efficient way to boost motivation through three factors; Autonomy, Mastery, and Purpose.

Studies show that an individual will work better if they are given the freedom to do their task however they want, a chance to improve their skill and a sense of purpose.

Implementing those three factors will help you elevate your career. If you are a leader, it will also help you create an environment where your employees could maximize their potential.

In 1971, Zimbardo held an experiment called the Stanford Prison Experiment. The goal, simply put, was to observe the reaction and behaviors of the participant upon receiving a certain role. In this case, it was a role as prisoner and prison guard.

Briefly said, the experiment went chaotic as the ‘prisoner’ became depressed and the ‘guard’ became abusive. Soon after, the experiment was declined due to inhuman method. However, Zimbardo still concluded the outcome to form a theory on how good people become evil.

Although controversial, this thought-provoking book will stimulate your view on Good vs Evil and broaden your mind on how and why good people become evil, and vice versa.

Everyone grew up different. Different backgrounds, different teachings, and different beliefs. Although different, there are some patterns in how we act. Those 8 best psychology books on human behavior debunk those patterns to help us understand ourselves better. Hence, live better.