8 Best Mystery Novels of The Decade You Must Read

Being thrilled by a mystery is one of the so many reasons people like to read mystery novels. Whether you are a casual or fanatic bookworm, mystery novels will never disappoint you. If you are tired from reading romance or monotonous stories, here we recommend some of the best mystery novels of the decade to add to your reading list.

Contents hide
1. 11/22/63 by Stephen King
2. Gone Girl by Gillian Flynn
3. The Cuckoo’s Calling by Robert Galbraith
4. Big Little Lies by Liane Moriarty
5. The Girl On The Train by Paula Hawkins
6. The Couple Next Door by Shari Lapena
7. One Of Us Is Lying by Karen M. McManus
8. Where The Crawdads Sing by Delia Owens

If we want to talk about the best mystery novels to read, we should include one of Stephen King’s books. Published in November 2011, 11/22/63 could be one of your new favorite mystery novels.

This book tells the story about the main character, Jake, who travels back in time.. His story began when one of his students he teaches gave him an essay about the massacre of Harry Dunning’s families. But, Harry escaped with leg injuries that made his walk crooked. 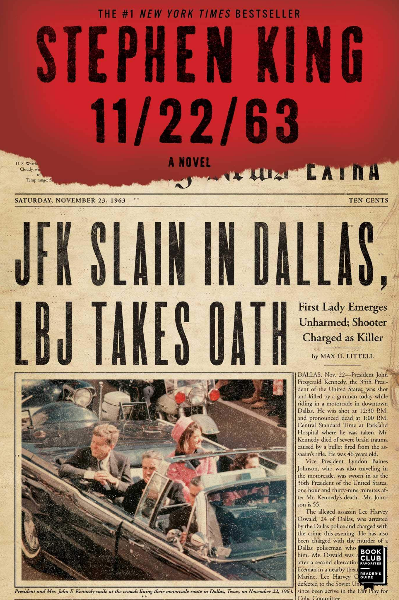 After that, Al, Jake’s friend, reveals that one of his storerooms is a portal to the ’50s. Al then told Jake to go to ‘58 to prevent the most historical event, John F. Kennedy’s assassination. So, Jake’s adventures begin five years before the assassination even happens.

The reviews for this book are mostly positive. The vibe of this book may not be a total-blown mystery; instead, it has some science fiction and slice-of-life vibe. Maybe even the pace felt slow because the JFK assassination showed up after 30% of the book.

But, the tension and the pursuit of the preparator were so intense and could give you a thrill. This book also has its series starring James Franco as the protagonist.

“Gone Girl” told us a story about the disappearance of Ammy Dunne, a beautiful and clever woman, and wife. His husband, Nick, falls under suspicion as a reason for why his wife is gone. And his evasiveness doesn’t do him any favor and makes him even more suspicious.

The reveal from Ammy’s diary shows that she is an alpha-girl perfectionist. That alone makes people believe that Nick could be on edge because of Ammy’s characteristics. But did Nick kill his wife? If yes, then why?

This book has so many twists and makes us as readers always try to solve the mystery. Even the smallest detail could give you a clue if you read it thoroughly enough. The plot developed at face-paced, dark, and elaborate. Gillian Flynn can draw you in and make you addicted to the evil and dark story in a good way.

3. The Cuckoo’s Calling by Robert Galbraith

Under the pseudonyms Robert Galbraith, J.K Rowling released it’s mystery crime novel “The Cuckoo’s Calling.”
The protagonist of this novel is an ex-veteran of the Afghanistan war who turns into a private investigator.

Cormoran Strike could barely make a living from the job. Also, he lost his legs in the war, and using a prosthetic worsened his condition. One day, John Bristow came to his office and told him a story. A story about the death of his sister, supermodel Lula Landry, whom people believed commit suicide. On the other hand, John does not believe what the police told him and asks Strike to investigate the case.

This book is the beginning of Strike’s adventures as a private investigator. J.K Rowling, who is known as the author of Harry Potter’s series, gives us a solid mystery crime novel.

Maybe you will find this book too light for a mystery novel. But, as the beginning of an adventure, this book does give the reader what we need, solid character development. Also, Cormoran Strike’s career as an investigator continued in the following four books, “The Silkworm,” “Career Of Evil,” “lethal White,” and “Troubled Blood.”

This book told us about the lives of Madeline, Celeste, and Jane. Three women with different attitudes and backgrounds. Madeline, a woman with great character; witty, funny, but remembers everything and forgives no one; Celeste is the perfect and beautiful woman, and Jane, the young mother with a dark past. 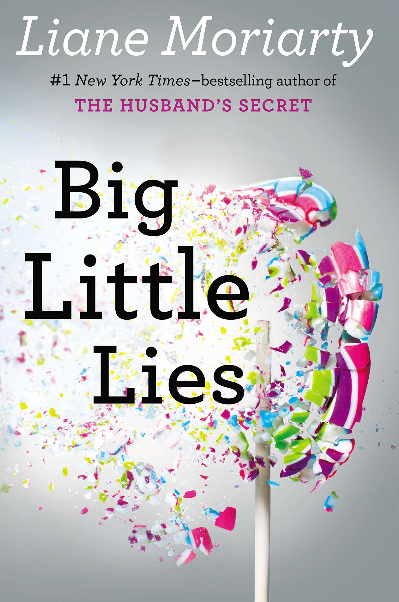 Three of them seemed so different yet ended up in the same hole. Rotating in school scandal, mother-daughter relationship, and some little lies but with significant consequences.

On the surface, Liane Moriarty wants us to experience the life of a kindergarten child’s parents. How they as a mother work and also parenting at the same time. But, underlying problems such as bullying, abuse, and many dark lies make this novel one of adult mystery novels.

See also  A-List Of Classic Novels: 10 Masterpieces You Should Read

5. The Girl On The Train by Paula Hawkins

Did you ever want to live other people’s lives? Or did you have a fantasy about a perfect couple that might be you? Rachel always rides the same commuter every morning. The train always stopped at the same signal every day. And she always looks at the same house and even feels like the couple that lives there. Jess and Jasson, as she calls them, seem to have a perfect life. But, her perspective changes when she sees something just a moment before the train moves.

The Girl on The Train gives us a new viewpoint to something that looks so mundane yet so important. Rachel’s journey to cover the truth about the couple’s secret makes us gasp in disbelief.

Some readers may be confused because of the back-and-forth plot. But, that was the foundation of how in the end, Rachel uncovered the dark truth about the couple she admired.

6. The Couple Next Door by Shari Lapena

A cliche story about a happily married couple with a beautiful baby. With a perfect loving relationship and a lovely home to live in. But the cliche stopped at a dinner party. Their baby has gone missing, and something feels wrong with the parents.

Detective Rasbach knows that, and he’s very determined to solve the case. The case eventually reveals the secret of each baby’s mom and dad. Secrets that they kept from each other for a long. 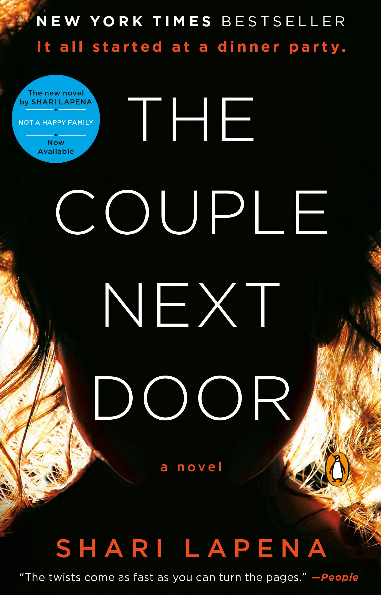 The plot itself flows in a bad-dark-energy vibe, but in a good way. You will know something amiss whenever a new character shows up. Not too obvious, but it still makes you uncomfortable with the nature.

7. One Of Us Is Lying by Karen M. McManus

Everyone has a secret, right? The only difference is how you are going to protect your secrets. The death of Simon, an outcast and the creator of a gossip app in his school, makes a sputter in Bayview’s High School. At the end of his detention class with his four detention classmates on Sunday, his body was found. Investigators found that his death was not an accident.

Bronwyn, Addy, Nate, and Cooper are being investigated as they are the last person who meets Simen in detention class. Also, Simon planned on the next day to reveal a juicy secret about four of his classmates. That is why police believe one of them is lying and the murderer.

As a young adult-oriented book, this novel captivates so many readers. The language and plot seem very fitting for a high schooler who likes mystery novels for teens. So, it is the best mystery novel for teens. Even so, “One Of Us Is Lying” is universally suitable for any mystery-addict reader.

8. Where The Crawdads Sing by Delia Owens

“Where The Crawdads Sing” begins with rumors about “Mars Girl” in Barkley Cove. On the other hand, Kya Clark is a naturalist suspected as a murderer of Chase Andrews, the popular guy.

But, Kya was not what they said. She learns from the land and nature, is gentle, and understands the fireflies’ real-life lessons. But, when living in solitude maybe her choice, the times when she misses being touched and loved comes. But, that yearning feeling led to the abrupt turn of events.

Yes, this book is relatively slow-paced for a mystery book. The plot may be apparent on page 100-ish, which is pretty far from the cover. But, that beginning point is an essential part of world-building and character foundation.

The reviews show that this book will give you a powerful punch to the gut. Not because of the action-packed story, but with the twist and the conclusion of the long story. That is why this book is also the best mystery novel for beginners.

For so many readers, the mystery is a must-read genre for entertainment. The feeling of being sucked into the whirlwind of chaos and eeriness makes the reader lose in the world of papers. Either you just want to pass the time reading books or have a new collection, this recommendation list of the best mystery novels of the decade will fulfill your desires.